Miss Winnifred Schureman, the school’s first headmistress, was recruited from her position as a camp director in Minnesota by a group of ten prominent Tulsa men who were concerned about their children’s educational preparation for admission into eastern colleges. The school was given the name Holland Hall in tribute to Miss Schureman’s Dutch ancestry.

The 1924 school catalog reads: “Holland Hall entered the educational field with a distinct mission, that of placing a fully equipped college preparatory school of the highest standing, where each student may receive individual attention, within the reach of any citizen in Tulsa. It aims not only to prepare students to enter the highest instructions of the country but also to be useful members of society. It stands distinctly for the highest educational standards.” While phrased differently, the school’s mission remains very similar today. These goals have guided the school through the 20th century and into the 21st.

The founders envisioned a coeducational school, but within a few years, it evolved to be co-ed at only the younger grades and strictly a girls’ school at the high school level. At this time the high school curriculum at Holland Hall was organized around a 36-week school year with classes lasting from 8:10 am until 4:00 pm. Sixteen units of credit in academic courses were required for graduation: including four in English, three in math, two each in French and Latin, two in history, and one in science. Life outside the classroom in the early days of Holland Hall centered on four activities: the Student Association (student government), athletics, publications, and dramatics. Athletics consisted of intramural contests between the two permanent women’s teams, the Sakawas and the Wanatas, in archery, baseball, basketball, tennis, track, and volleyball. The rivalry was fierce between the two teams and a large silver trophy in the alumni office today bears record of these competitions.

Chartered in 1930, Holland Hall has grown from 60 students and eight teachers to over 990 students and 180 faculty and staff. The school, which now graduates more students in a single class than were graduated in its first ten years, has now graduated over 3,500 students into the college ranks.  In 1959 two important decisions were made: the school became affiliated with the Episcopal Church and it also became coeducational throughout. A campaign was started to recruit young men at all grade levels and to retain them into the Upper School. One of the first recruitment efforts focused on starting a boys’ athletic program that would include football, basketball and baseball teams. The class of 1963 was dubbed the “fun fifteen” and their all-girl graduation in long white dresses and red carnations marked a graceful transition. The following year, the class of 1964, 36 students strong, ushered in the new era. Some early traditions remain today. Commencement still includes long white dresses and red flowers, but the boys are all in tuxedos.

The school has grown steadily since its first building in downtown Tulsa and has utilized the facilities of five different campuses before moving to its present 81st Street location. The move to 81st Street began in 1970 with the Upper School. The Primary School was added in 1976, and the Middle School in 1982, completing the consolidation. To round out the 162-acre campus and provide additional facilities, the school constructed the Walter Arts Center in 1992 and the Outdoor Sports Complex, including the Charles H. Brown Football Field, in 1995. In September 2000 the Duenner Family Science, Math, and Technology Center was dedicated. In August 2009 the renovation of the Mary K. Chapman Primary School was completed. In 2012, the football field was renamed Hardesty Field when artificial turf was installed and the stadium façade was updated. 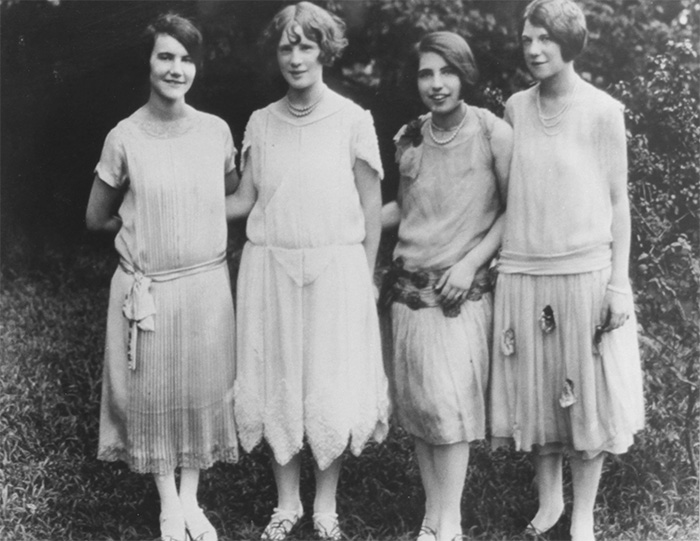 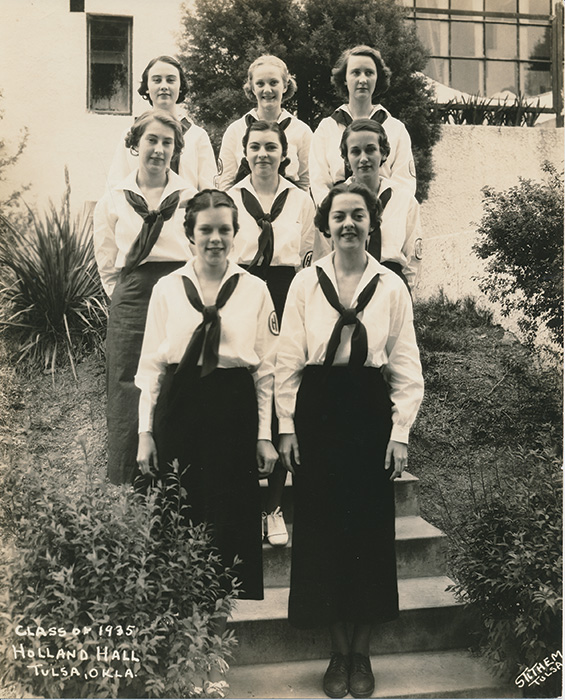